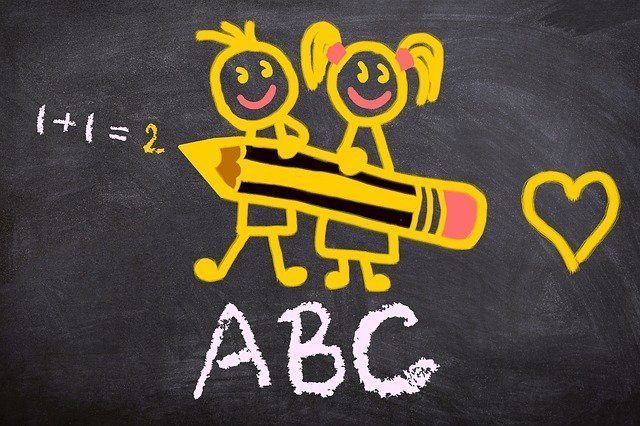 All three of my kids are vastly different when it comes to learning. My oldest boy loves learning. I call him my little egghead. If it’s a book, he’ll read it. If it’s a science project, he’ll explode it.

The middle kid is a little more hands on. He’s my sports star, and I’ve got to beg him to sit down with a book. After homework’s done, he’s out the door.

And the three year old? She won’t listen at all. She’s sharp as a tack, but she’s three. Possibly the worst age ever for minding parents, let alone sitting down and “learning.”

Chances are, your kids fall somewhere into one of these categories. The egghead, the bare minimalist and the “oh, HECK no I won’t learn!”

Well, fortunately for us parents, children learn through play. They’re going to learn math and physics when they play with blocks. They’ll learn chemistry when they help you cook. And yeah. They’ll even learn social skills as they fight with their siblings.

Supply your kid with the tools he (or she) needs to learn. Here are the top 7 ideas to foster learning, and the lessons your child will learn from them.

I won’t lie. I love playing with these, too. There’s just something satisfying about the little “THWOP” they make as they disengage from each other. (Or from the wall, or the window, or your other son’s head.)

Legos are great, but Pop Suckers are better. Your child (and you) can create anything you please. You’ll make bendy, twisty, towering shapes as well as short, squat functional shapes.

Meanwhile, your kid is learning. Fine motor skills, spatial relations and just plain creativity are a few of the lessons your child will learn. Don’t tell him that, though.

I used to have a thing against toy weapons. I thought that if my kid was playing with them, the association would be made between weapons and toys, and thought that was a dangerous precedent to set.

Then, family happened. And as relatives and friends showered my boys with toy guns and slingshots, I gave up. I also realized what valuable educational tools they could be.

Slingshots are a good example of that. Give a kid a slingshot and you’re giving him a lesson in physics. “If I pull back more, my ball will go faster!” He’ll learn geometry, too. “If I pull the ball down first, it will go higher!”

Set up some tin cans in the back yard and watch your kids learn without even knowing it.

If you’ve got a girl, she probably already plays dress up. But if you’ve got a boy, allow him to dress up, too! There’s no harm in it, and it’s actually quite a valuable learning experience.

In early childhood education, it’s called “dramatic play.” Dramatic play can be anything from playing house to setting a kid-sized table. Pretending you’re a veterinary office is dramatic play. And it’s all essential to learning.

Arm your child with an arsenal of props for pretend play. From firefighter backpacks to police hats, and bowties to ballet slippers, playing dress up is a great way for kids to interact.

Your child, as he or she dresses up, will learn social skills, community roles, social studies and even motor skills when they dress up. So keep those tutus coming!

You’ve probably heard that music is math, right? That’s true! Not that you really need a reason to inspire a love for music in your kids.

It’s one thing to listen to “Disappointing Pancake” on repeat. (Haven’t heard it? Look it up, you’re in for a treat.) It’s another entirely for your children to create their own music.

Supply your kids with everything from xylophones to maracas. As they play, they’ll be learning motor skills, math skills and music appreciation. They may or may not be learning rhythm. If not, you can just send them to grandma’s house to create their masterpieces.

There’s no shortage of science kits on the market. There are cooking chemistry and “gross” chemistry kits. There are build your own robot kits. Solar panel kits. Make your own radio from a potato kits. You name it, it’s out there.

Science kits are a great way for kids to learn obvious lessons. But I’ve got to issue a caveat: you’ll probably have to sit down with them. Having a basic understanding of the principles the kits teach goes a long way, too.

Every kid likes to mix baking soda and vinegar and watch it bubble over the plaster volcano. But not every kid will learn about acids, bases and pH by doing it. Sit down with your kid and tell her why her volcano erupted.

I have a rule for my kids. They’re required to each learn one language, one sport and one musical instrument. I think that’s pretty well rounded, and it’s something I enforce.

Coding, to me, is a language. And there are oodles of toys on the shelves today to teach that language to your kid. Check out, for example, Robot Turtles. It’s a really simple little board game that teaches the absolute basics of coding.

Code & Go Robot Mouse is another. It looks babyish at first glance, but 5 and 6 year olds will easily fall in love with the game.

Pretty Much Anything Without Batteries

Anything. There’s nothing that’ll teach kids quicker than toys that are imagination powered.

Babies are easy. They pretty much blink and they’ve learned something. But as kids grow, it becomes more and more important to make sure their brains stay working.

Turn off the television and go outside with your kids. Take a walk in the woods and see what you find. If nothing else, your kid will be learning that you value the time you spend with him.

Thanks for visiting us. Browse and shop the hottest kids’ toys online, check super cute kids clothing and fashion and read our articles about parenting on our blog. Have fun browsing!